Click the link below to see the video of the Awards Ceremony 2011.

Adrian’s Exotic Pets came to the school on Monday with some amazing pets, animals, birds and insects and they were stunning! There was a leaf insect which I thought was the “ultimate of disguise”. There were rabbits, guinea pigs and dwarf hamsters which were lovely and cuddly. We had chinchillas which were also lovely to rub. After the chinchillas, we had a leopard tortoise which had a hard shell and then we had a leopard gecko which went up someone’s sleeve. Then we had a cool sandfish, bearded dragons, chileanrose tarantula,  corn snake, blue and gold macaw and an Indian eagle owl which was great. Overall we had great fun looking at the animals. 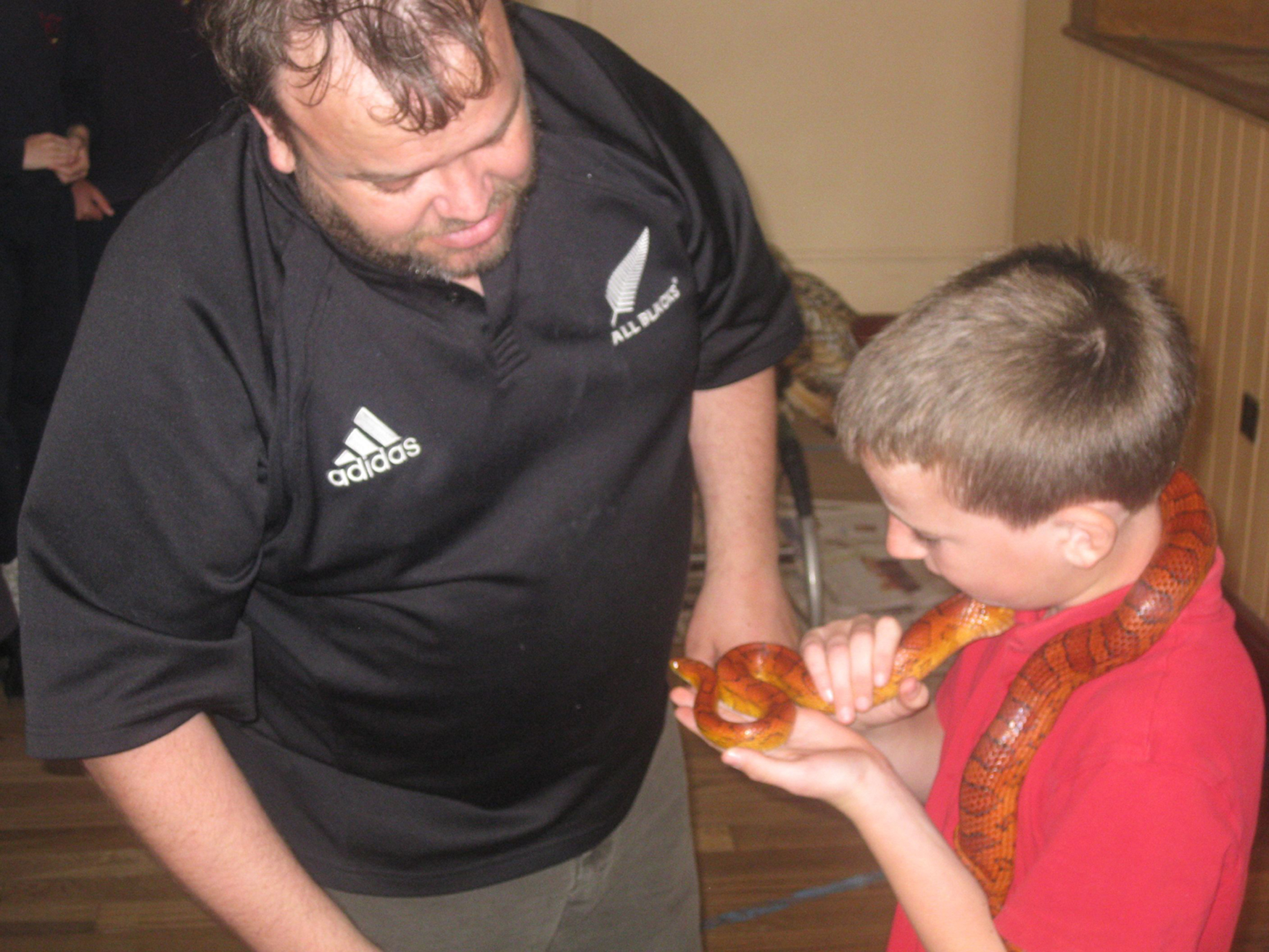 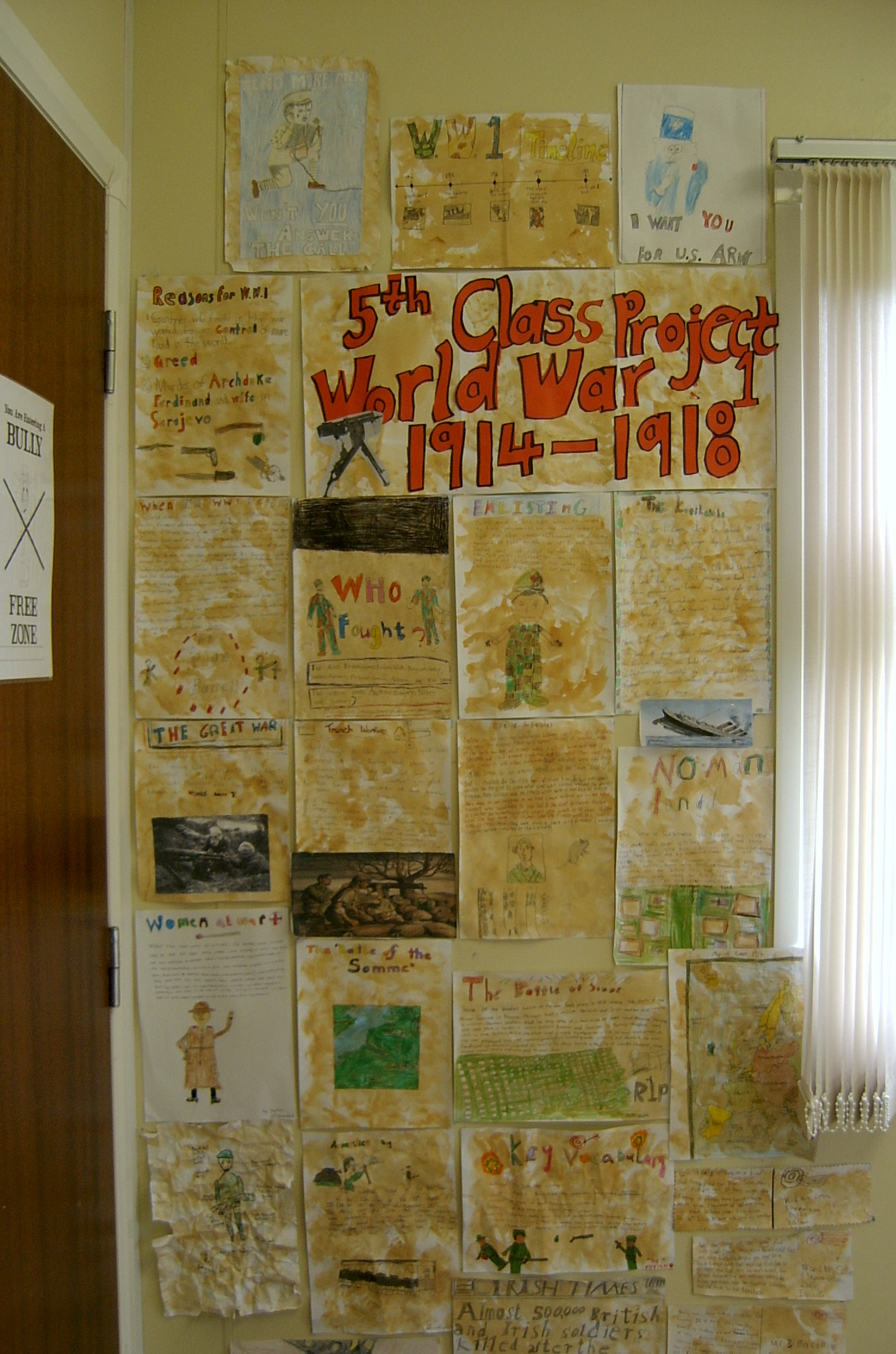 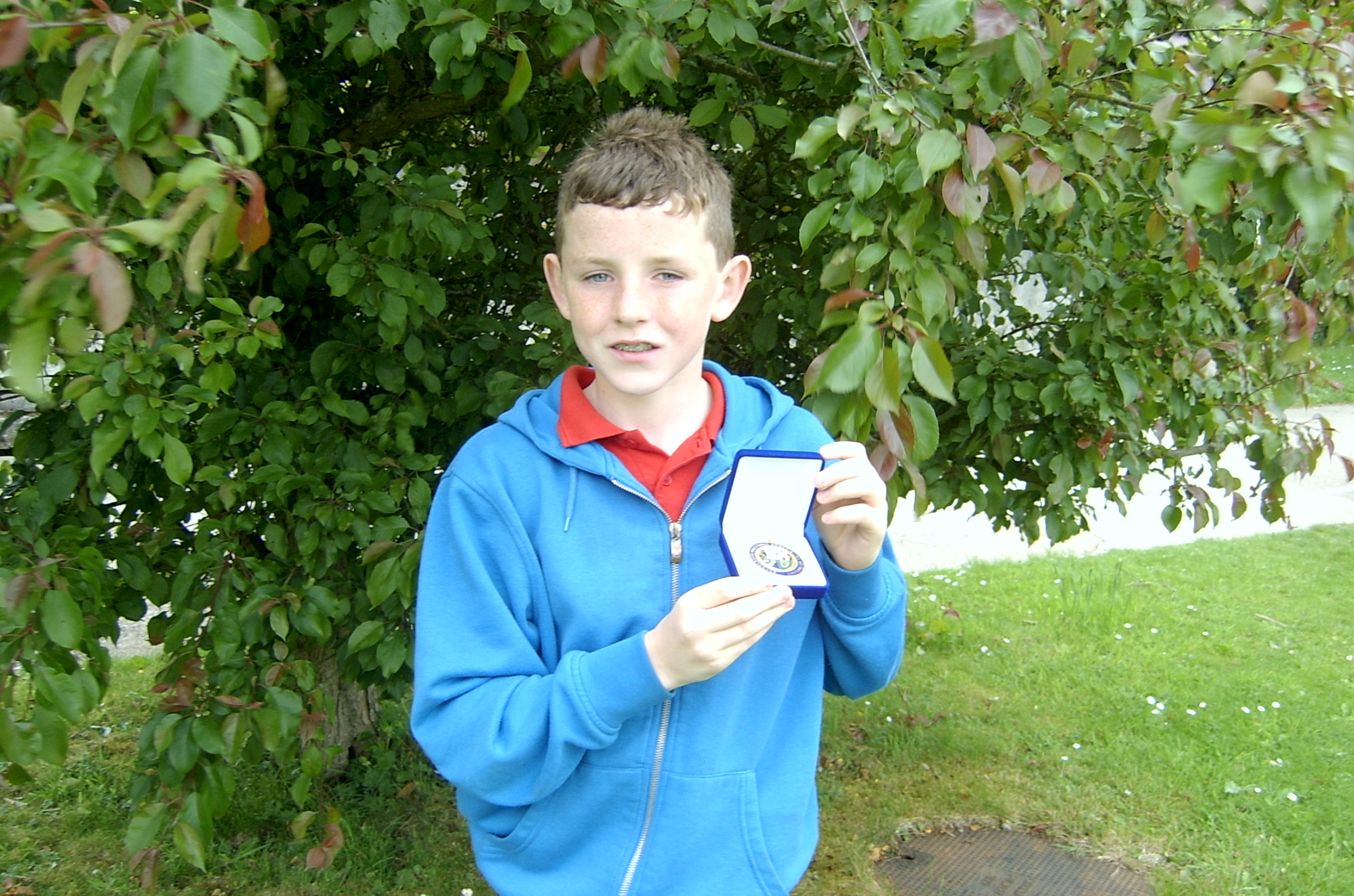 On Saturday last, Cian competed in the Schoolboys Football Association of Ireland Final in Dublin. His club, St. Kevin’s, competed against Cherry Orchard and they beat them 2-0 in the end. Cian is thrilled with this victory and he has a stunning gold All-Ireland medal to show off! Well done Cian!

My name is Eoin. On the 8th of May I went to Tullamore to run for Edenderry. Our trainer, Frank, went with us. The day started off by beginning with the U-19 and down to U-15. The U-14 were next and I was running in a 100 metres sprint. I came first and I got a gold medal. After that I competed  in a long jump. I came first again with a score of 3metres 77cm. I got another gold medal. After that all of the younger races took place. Then the last event was the 800 metres race. I came first agan in this. In June I will be going to Wexford to run in the Leinster finals.

At last, the 6th class boys made their confirmation at St. Marys Chruch Edenderry on the 9th of April 2011. The chruch was packed every single person looked fabulous with their jackets, suits , jeans, ties and lots more. The day was lovely with the sun shining and not a cloud in the sky. There was a confirmation dvd made at the chruch on the day and it was great. Everybody really enjoyed the day.

The  school hurling panel made the trip to Mucklagh today to face the home side in the second round of the Cumann na mBunscol hurling championship. After a comprehensive victory in the first round, a tougher contest was predicted but a fantastic performance by the boys made this game a one sided affair. Having won the toss and making the decision to play with the gale force wind an exhibition of long range shooting and opportune goal poaching saw Edenderry lead 3-08 to 0-00 at half time. Understandably the scores didn’t come as freely in the second half while playing to into the teeth of the wind and it was a fantastic achievement to hold Mucklagh to 3 scores while managing to raise the flag 6 times at the other end. In fact in many ways the second half performance was even more impressive than the first as it displayed the lad’s ability to word hard and play clever short hurling, always looking for the free man even if just 10 yards away. This was probably the best hurling performance by the school hurling team in 3 years and as the lads all agreed after it will have to be repeated in the next three games for further progress to be made. 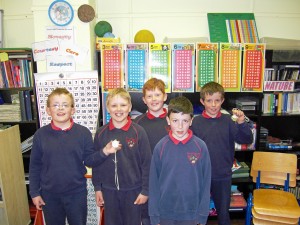 Some of our pupils who are members of EdenderryRFC took part in an Under-10 blitz involving clubs from all over Leinster. They really enjoyed playing children from other clubs.

The school hurling team made the long journey to Pullough today to start the defence of their Cumann na mBunscol hurling title that they won last year. Having narrowly defeated today’s opponents in last year’s final a tight game was expected but some early goals put Edenderry in the driving seat and they never looked back. It was a fine team performance that matched the splendid sunshine which the game was played in. Andrew Murray looked solid in goals while the full back line of Ciaran Breen and Eoghan Farrell dealt comfortably with their direct opponents. Ryan O’Neill and Oisin O’Grady had terrific games in the half back line and Oisin popped up with a lovely point in the first half. Shane Cummins and Jack Foran had great games in midfield with both boys showing a tremendous appetite for work and Shane got some lovely points in the second half. Cian Farrell and Alex Cummins excelled in the half forward line with both boys getting on the score sheet. In the full forward line Conor McCarthy had a very good game providing great ball for his partner in crime Ciaran Nolan who helped himself to an astonishing 5 goals in a virtuoso first half display. The subs bench of Daniel Lowry, Stephen Pender, Conor Dempsey, Gary Gorman, Josh Kearney and Seamus O’Grady all contributed handsomely to the performance when they were introduced in the second half.

Stiffer tests do lie ahead though and an even better performance will be required to overcome Mucklagh next week.